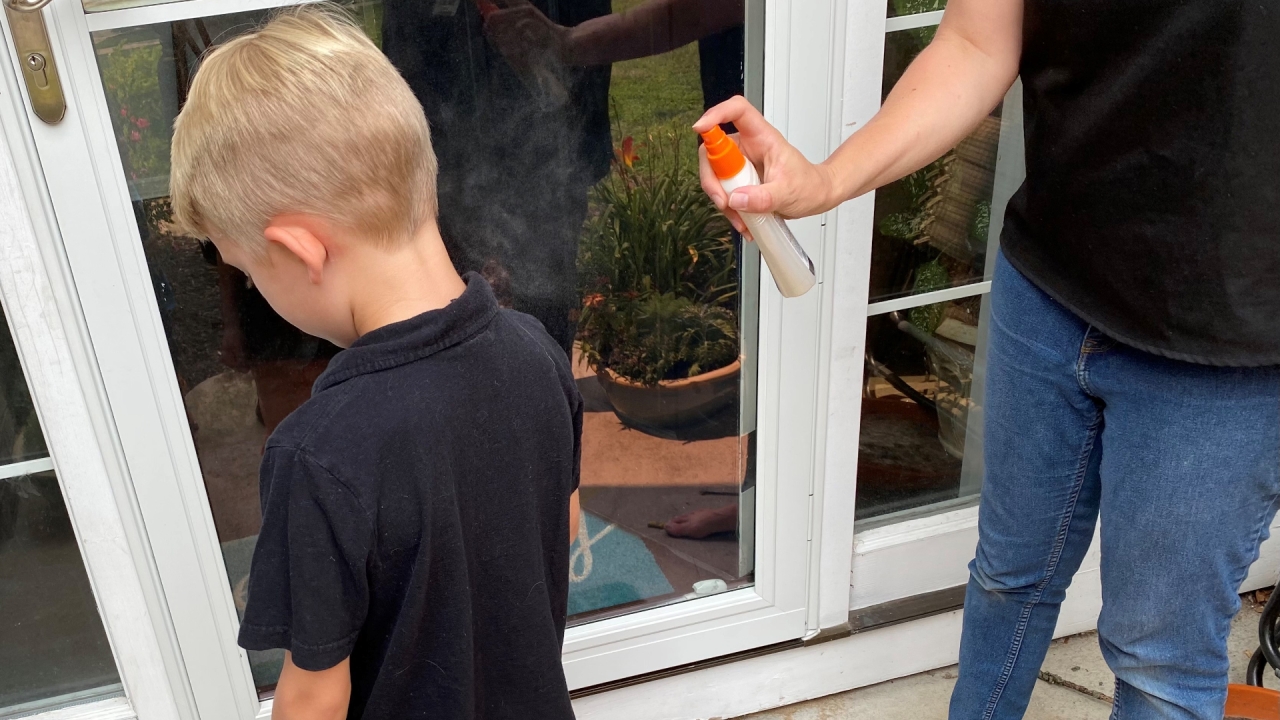 ROCKFORD, Mich. (WOOD) — Parents in a Rockford neighborhood were surprised to learn that three children were recently diagnosed with Lyme disease.

These parents wanted to share their story to get Lyme on the radar of other parents and pediatricians in the area, and because the parents of the first child diagnosed shared their story, the other two were able to ask doctors the right questions.

“I wasn’t putting bug spray on my kids every day they would play in their backyard; I’ll be honest. I don’t like putting DEET all over my children every day. But I’m certainly doing that now,” said mother of four Emily Zoladz.

“You know, as a parent, you can tell something’s off,” said Zoladz.

Zoladz noticed Isaac just wasn’t himself after a day of swimming at a neighborhood gathering.

“He had been complaining about an itchy bug bite on his head. Which looked to me like a swollen mosquito welt. It had almost what looked like a little yellow puss. I didn’t like that,” said Zoladz.

A fever of 102 degrees followed and that’s when Zoladz and her husband booked a virtual visit with their pediatrician’s office.

“She diagnosed him with perhaps just a skin infection from scratching his mosquito bite and prescribed an antibiotic,” said Zoladz.

Isaac’s fever persisted. A couple days later, Zoladz heard from her neighbor two doors down, the mother of Isaac’s friend and playmate: Her son had just tested positive for Lyme disease.

“When she told me that, I immediately knew in my gut, that’s what’s going on. I just knew,” said Zoladz.

Olivero says Lyme disease is only reported to the health department when a lab diagnosis appears. Many doctors simply see the symptoms and diagnose it.

That’s what happened for another neighbor of Zoladz, Libby Shemmel.

“She was very tired, very lethargic and she’s my high-energy, always on the go child, “said Schemmel of her nearly 18-month-old daughter, Gigi.

Her daughter Gigi had the telltale bullseye bite on her leg.

In less than a month’s time, three families in one Rockford neighborhood had a Lyme disease diagnoses.

Isaac and Gigi are being treated with antibiotics and Lyme disease isn’t expected to affect them long-term. These moms are glad it was caught early and hope other parents will keep an eye out for any symptoms in their kids.

“It is rare. But it is here. It’s here in West Michigan and it’s in our neighborhood,” said Zoladz.

Olivero says there is a lot of misinformation about Lyme disease out there. She urges people to get with their doctors if they have any questions about this disease.